This item was sold in one of our on-line Auctions / Sales.  We may have similar items available in our forthcoming Auctions, or if you have equipment to sell please contact us for free valuations, advice etc - Tel: 01778 590111 / Email: info@ppauctions.com or please get in touch with us via our contact page 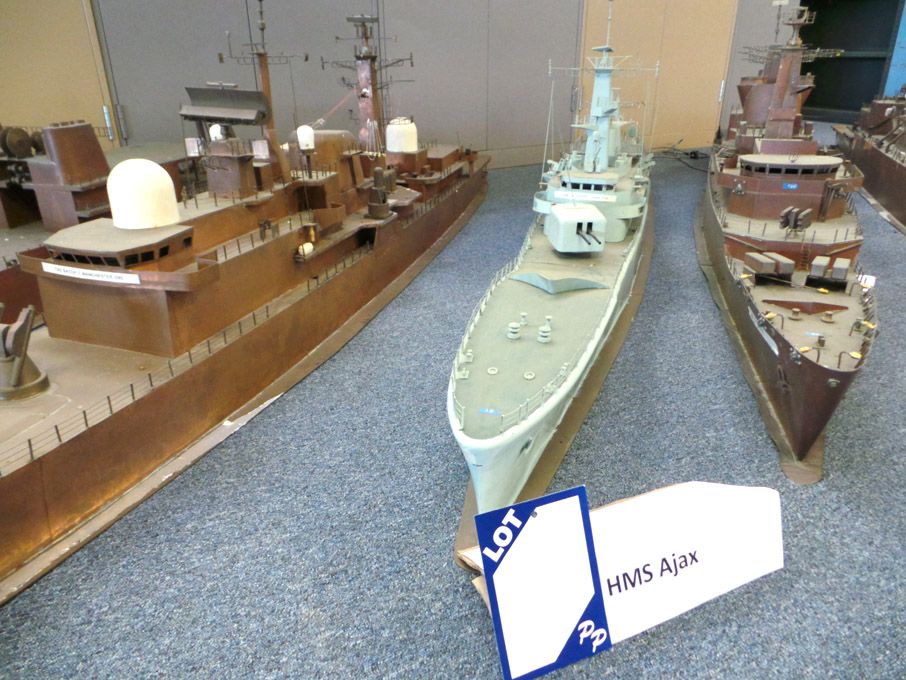 The collection of ships offered for auction are all commissioned custom hand built to a 1/50th scale from copper by craftsman (Pre DERA) in the late 1970’s to the mid 1980’s, their purpose was not for display but for the signature data collection specific to the ship that they represent.

They are all manufactured from soldered copper, and have hollow flat drop bottom hulls.
We do not have the weights of all the ships but as an example the Royal Yacht Britannia weighs in at 60KG.

N.B.  All dimensions and specifications are approximate and any details given are of opinion only. (Please see terms and conditions of sale)

17. HMY Royal Yacht Britannia – Her Majesty’s Yacht Britannia is the former yacht of Queen Elizabeth II which was in service from 1954 to 1997. Built at the shipyard of John Brown & Co Ltd in Clydebank at 5,769GT with a length of 412ft, Beam of 55ft and capacity of 250 guests. During her service the Royal Yacht conveyed the Queen, Royal Family and Dignitaries on 696 foreign visits and 272 visits in British waters. Charles and Diana, the Prince and Princess of Wales, spent their honeymoon aboard in 1981. Now permanently moored as an exhibition ship at Ocean Terminal, Leith, Edinburgh.
Model Dimensions: 2500mm L x 400mm W x 750mm H